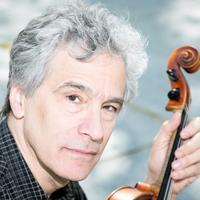 Nardo Poy is a graduate of the Mannes College of Music in New York and attended the Philadelphia Musical Academy for graduate studies. His teachers have included Robert Gerle, Paul Doktor and Karen Tuttle. He has been a member of the world-renowned Orpheus Chamber Orchestra since 1978 and has been featured as soloist in the United States, Europe and Japan with Orpheus, the North Carolina Symphony, the Concerto Soloists of Philadelphia, the American Symphony Orchestra and the Kansas City Camerata. Other groups with which Mr. Poy performs are the Metropolitan Opera Orchestra and the Lighthouse Chamber Players, among many others.

Recordings include over 70 with the Orpheus Chamber Orchestra as well as numerous chamber music recordings with the Perspectives Ensemble, the Harmonie Ensemble, the Broyhill Chamber Ensemble, the Lighthouse Chamber Players, and colleagues from the Bard Music Festival, as well as a recording of works by Astor Piazzolla. Also a member of the Quatuor Lamartine, he plays concerts every summer in Burgundy, France. Among his many chamber music performances have been collaborations with Isaac Stern, Elmar Oliveira, Bernard Greenhouse, Aaron Rosand and Dawn Upshaw. He has held the principal viola position with the Lake George Opera Company, the Opera Company of Philadelphia, the Santa Fe Opera, L'Opera Français de New York, the Gotham Chamber Opera, the Philharmonia Orchestra of Philadelphia, the American Symphony Orchestra and the Grand Teton Music Festival orchestra. Mr. Poy has also been an Artist-in-Residence at SUNY Potsdam's Crane School of Music with the Carnegie String Quartet. Mr. Poy also is a chamber music coach at the University of Massachusetts at Amherst and at the Green Mountain Chamber Music Festival.