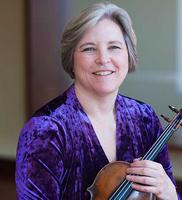 Award-winning violinist Wendy Sharp performs frequently as a recitalist and a chamber musician. In demand as a teacher and chamber music coach, she serves as Director of Chamber Music and is a member of the violin faculty at the Yale School of Music, also maintaining a private studio.